The ACEC/MN Emerging Leader Award was developed to recognize an ACEC/MN member still in the early stages of their career who has already contributed significantly to the association.

The 2021 Emerging Leader Award was presented to Ryan Vraa of Burns & McDonnell. This award was created to recognize an ACEC member still in the early stages of their career who has already contributed significantly to the association. Ryan is an active young member of ACEC Minnesota and has already shown great leadership skills. He is currently serving as the Young Engineer on the Board and also serves as the chair of the Energy & Natural Resources Committee. He has participated in our Clay Shoot fundraiser, our Day at the Capitol advocacy event and other ACEC events and programs. While Ryan has relocated to Kansas City recently, he has continued to lead our committee meetings virtually, and ACEC/MN wishes him well in his new position. 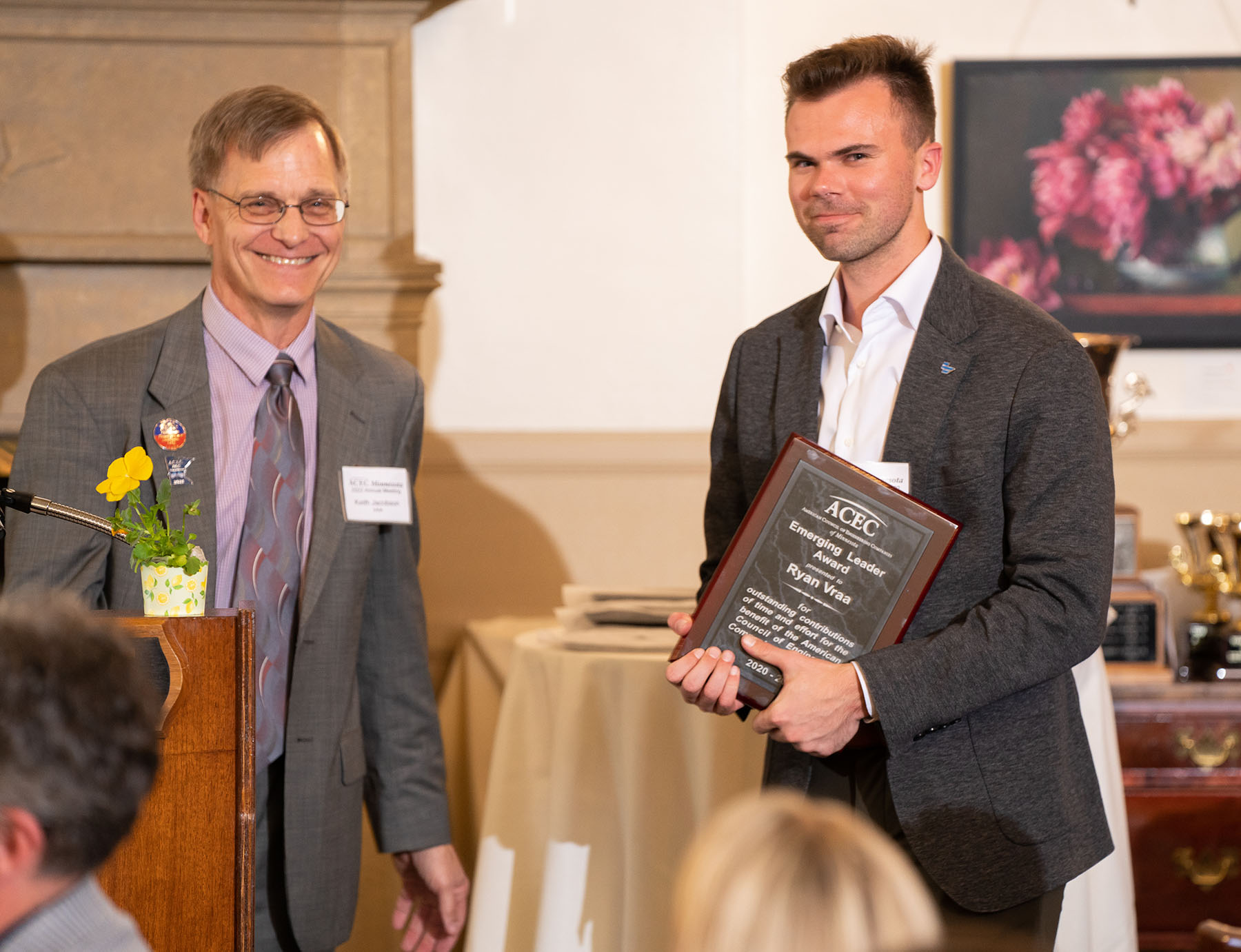